The Passing of Jim Hall

Sad news of the passing of Jim Hall, a great guitarist, friend of Jake, and great storyteller.

I so enjoyed speaking with him and hearing his great stories. He and Jake were good friends. I think they met when they both played on the Merv Griffin Show.

Condolences to his family

Posted by Maria Judge at 4:21 PM No comments:

I'll be at PASIC next month in Indianapolis to staff the Berklee College of Music booth and to do a book signing along with some of the contributors.

Jake attended the Percussive Arts Society International Convention (PASIC) many times, and his clinics, presentations, and frankly, just his presence, were always memorable. Several of the stories in the book related some of those trips to PASIC. Here are a few excerpts:

We used to bring Jake to the trade shows whenever he wanted to or was able to be there. Jake would hang until the early morning hours and show up at the booth generally around noon or 1 p.m. In the meantime, people would know that Jake would be at the show, and they'd keep coming to the booth to ask for him. This would go on all morning until he showed up. Jake was so personable and funny that people enjoyed hanging out with him. Carol Calato

(At PASIC 2005) Jake was holding court at a Master Brush class, but we didn’t know which room it was in so we wandered around until we got to one of the last ballrooms. There was still no sign of him, but we knew this was the room because it was already packed, standing room only. We leaned against the back wall until Jake showed up with Joe Calato and his wife. I waved them to two seats, but Joe pointed out that they already were occupied. I replied “You’re Joe Calato, you sit where you want to sit!” The two occupants of the seats responded promptly and gladly offered their seats to Joe and his wife, both of whom were laughing. Anyone standing in Joe’s line of sight was tersely reminded that “Nobody stands in Joe Calato’s way.” Everyone was a good sport, and the crowd found this whole thing very entertaining. Meanwhile the drum clinic turned into a combination of master brush work and Jake stories. He wrapped up by roasting Jeff Hamilton, who laughed so hard he had to leave the room. Jerome Judge

[At PASIC 2004] somehow I found myself sitting at a small table alone with Jake for hours drinking beer and sharing stories. I ... soaked up everything he told me: how he was close to Buddy Rich, and some of the experiences they had together; how he first met Joe Calato of Regal Tip; his time with Woody Herman and Maynard Ferguson. In typical drummer fashion we also talked shop-- drums, drumsticks, cymbal selection. I distinctly remember he told me to fill the sound ring on my Black Beauty snare with lead. To this day, I'm still not sure how to go about doing that. The next day Jake performed a clinic for a wall-to-wall crowd at the show. He had everyone's undivided attention the entire time he was on stage. He was a true master of the art. Nick Mason

It was a thrill to finally play with Jake at the PASIC 2002 concert. I’d always heard stories about him, especially from the West Coast guys who’d spent time with him before, but meeting him was really special. To me, Jake was what the Japanese call a “Living National Treasure,” somebody who taught us a great deal about how a drummer really leads a big band and a small band, and at the same time made you laugh and laugh. He was a real gem of a guy. Terry Douds
Posted by Maria Judge at 9:07 AM No comments: 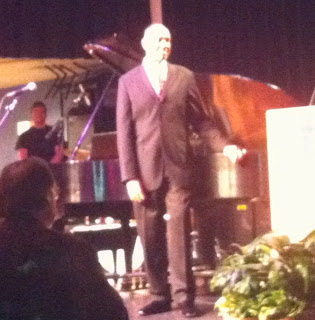 What a treat to meet the great bassist John Clayton yesterday at Berklee where he spent the week performing and teaching. When I told him who I was, he gave me the biggest smile and told me how much he loved Jake Hanna. Then he promptly told me a Jake story.
Posted by Maria Judge at 1:27 PM No comments: 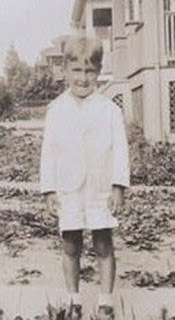 Jake was born on April 4, 1931. Today would have been his 82nd birthday. Hope you're still making some beautiful music up there Jake. 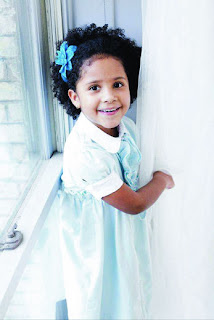 Ana Marquez Greene was born on April 4, 2006. Today would have been her 7th birthday. She was killed in the Sandy Hook school shootings in Newtown, CT last December. Hope you're still hearing some beautiful music up there Ana.

Jake is an E-book! 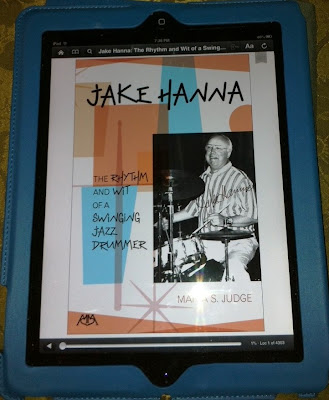 I think I'll do my next reading from my IPad :-)

It's available in Kindle and Nook formats. Take him with you!

Posted by Maria Judge at 4:51 PM No comments:

It was lovely to hear Roberta Gambarini sing at Scullers last night. Jake really liked her voice--said she reminded him of Rosemary Clooney. He traveled and recorded with her from 2006 to 2009. Her 2009 album, So in Love, was nominated for a Grammy. 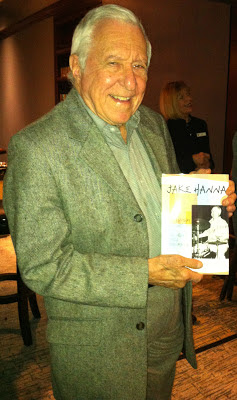 Fred Taylor has been booking talent into
Boston clubs for  ... a long, long time!

Had a great time at the National Writers Union Book Gala. People loved the Jake stories and Bill Littlefield was a great keynote speaker. If you don't listen to him on It's Only a Game on WBUR, please check it out. He is so thoughtful.

Posted by Maria Judge at 5:04 PM No comments:

Email ThisBlogThis!Share to TwitterShare to FacebookShare to Pinterest
Labels: Bill LIttlefield, Elaine Gottlieb, It's Only a Game, National Writers Union

It's Never "Only a Game" to Jake

I'm excited to be chosen as one of the readers at today's National Writer's Union Annual Book Gala. And as if that weren't enough, the keynote speaker is Bill Littlefield, host of NPR's "It's Only a Game," full of intelligent, thoughtful commentaries on sports, which Jake, the ultimate sports fan would have enjoyed very much. 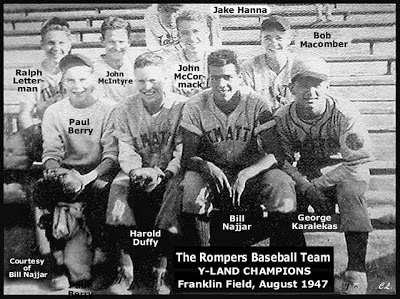 Jake's in the middle of the back row of this picture with his baseball team. He was a very good athlete--runner and baseball player--and at one point considered giving up music for sports. His wise older brother Billy counseled him against that, thankfully!

Posted by Maria Judge at 6:57 AM No comments:

Bucky and Howard come to town 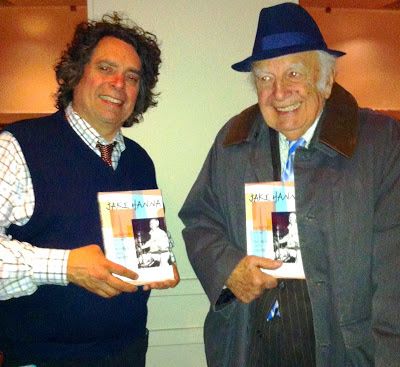 Always great to see Howard Alden and the ever-dapper Bucky Pizzarelli who come to town last night to play some fabulous music with Jon Weatley at the Jazz Guitar Jubilee in Lexington. As you can see, they're very excited about the book! 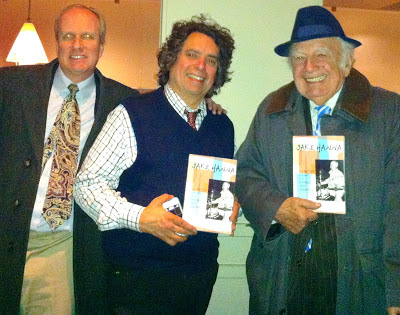 Jon, Howard and Bucky made some amazing sounds together
Posted by Maria Judge at 8:33 AM No comments:

Hearing Roy Hargrove at Scullers gave me a chance to catch up with a few Jake Hanna fans.

Posted by Maria Judge at 9:36 AM No comments: 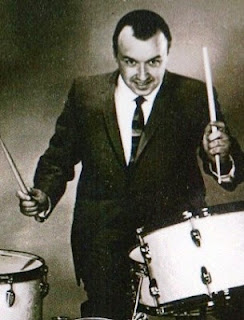 Posted by Maria Judge at 8:42 PM No comments: